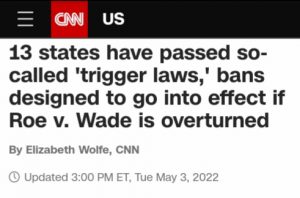 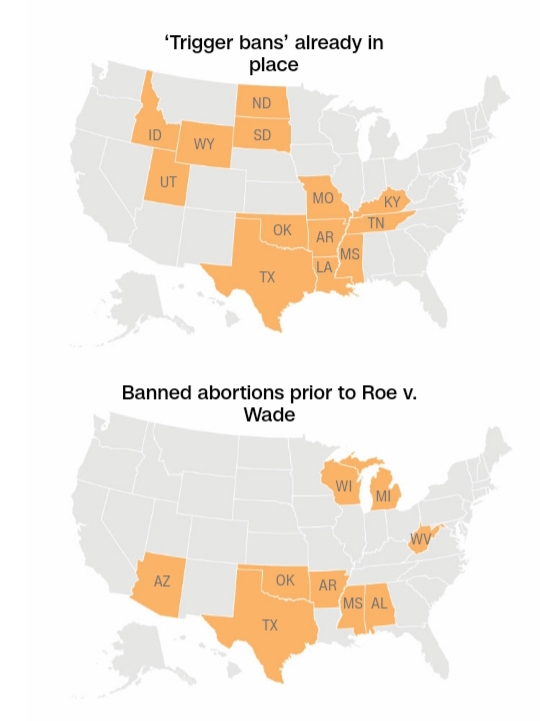 “REPUBLICANS” are a 65% majority in both the SC House and SC Senate; however by voting to delay debate on banning “abortion” until AFTER the Supreme Court Dobbs Case ruling o/a June 30 when Roe may possibly be overturned, means the SC Senate and SC House have effectively voted to possibly PERPETUATE CHILD-MURDER in South Carolina.

If even one unborn child is destroyed in South Carolina AFTER any Dobbs case ruling that overturns Roe, their INNOCENT BLOOD will be on the hands of SC Legislators who:

1) Failed to join one of 13 other States with “trigger laws” already passed,
which go into effect if Roe is overturned;

Regarding the Sine Die Resolution, a May 4 letter to Speaker of the House Jay Lucas,
signed by several House members stated in part:

“The killing of even one child with the needless countenance of state law would be a grave assault to human rights and human dignity.”

With the impending Supreme Court ruling in the Dobbs case, the SC Legislature, demonstrating a lack of fear of God, and a lack of love for their unborn neighbors, passed a Sine Die Resolution which declines to take up “abortion” legislation until some unspecified time July 1 – November 13.

In other words, even if as of o/a June 30, there is no Federal US Supreme Court ruling such as Roe or Casey to provide any political cover for not completely banning “abortion”, the State of South Carolina will continue to allow children in the womb to be torn to pieces until some unspecified time July 1 – November 13 !

UNLESS, the South Carolina Legislature takes up the Sine Die Resolution itself, S1325, as the Resolution language allows, and revises the Sine Die Resolution to allow for consideration of “abortion” legislation in the June 15-17 and June 28-30 special sessions.  This the “Republican” 65% near super-majority SC House and the “Republican” 65% near super-majority SC Senate can do by a 2/3 vote in each chamber, the same voting margin that was needed to pass S1325 to begin with, which the SC Senate did on May 10, and the SC House did on May 11.

[ Donations are not tax-deductible ]