[ Warning: Outside of the four video segments cited below, there is occasional profanity in the movie. ]

Fictionalized dramatization of “the Judges’ Trial of 1947, one of the 12 U.S. Nuremberg Military Tribunals conducted before the U.S. military.”

“What about the rest of the world? Did it not know the intentions of the Third Reich? Did it not hear the words of Hitler’s broadcast all over the world? Did it not read his intentions in Mein Kampf, published in every corner of the world? … Where’s the responsibility of the Vatican, who signed in 1933 the Concordat with Hitler, giving him his first tremendous prestige? Are we not to find the Vatican guilty? … [Where’s] the responsibility of those American industrialists, who helped Hitler to rebuild his armaments and profited by that rebuilding?!! Are we not to find the American industrialists guilty?”

“Simple murders and atrocities do not constitute the gravamen of the charges in this indictment.”

“Rather the charge is that of conscious participation in a nationwide, government-organized system of cruelty and injustice in violation of every moral and legal principle known to all civilized nations.”

“The real complaining party at the bar in this courtroom is Civilization. But the tribunal does say that the men in the dock [ defendants ] are responsible for their actions.”

“Men who sat in black robes in judgment on other men. Men who took part in the enactment of laws, and decrees, the purpose of which was the extermination of human beings. Men who in executive positions, actively participated in the enforcement of these laws, illegal even under German law.”

[ DOES THIS NOT SOUND, FIRST, LIKE MOST UNITED STATES SUPREME COURT JUSTICES FROM JANUARY 22, 1973 TO THE PRESENT TIME IN 2021, WHO HAVE ISSUED OR UPHELD, ROE v. WADE, PLANNED PARENTHOOD v. CASEY, AND/OR THEIR UNJUST PROGENY ?  IT IS ALSO EFFECTIVELY THE CASE WITH EVERY OTHER JUDGE, LEGISLATOR, EXECUTIVE BRANCH OFFICIAL, AND LAW ENFORCEMENT OFFICIAL WHO “ACTIVELY PARTICIPATE[S] IN THE ENFORCEMENT OF THESE” UNJUST US SUPREME COURT OPINIONS SUCH AS ROE v. WADE, WHICH ARE NOT EVEN LAWS !!! ]

“… this trial has shown that under a national crisis, ordinary, even able and extraordinary men can delude themselves into the commission of crimes so vast and heinous that they beggar the imagination. No one who has sat through the trial can ever forget them: Men sterilized because of political [  ]. … The murder of children.”

“Before the people of the world, let it now be noted, that here in our decision,
this is what we stand for:  Justice. Truth.  And the value of a single human being.”

AND WHAT OF THE ONGOING CRIMES AGAINST HUMANITY
IN THE UNITED STATES TODAY IN 2021, OF NATIONWIDE,
GOVERNMENT-PROTECTED, IN CERTAIN CIRCUMSTANCES,
TAXPAYER-FUNDED, CHILD-MURDERS BY “ABORTION”,
IN THE MILLIONS ? 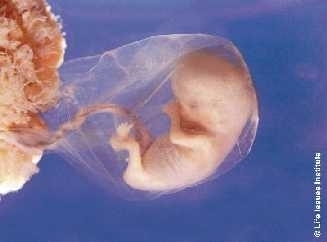 BY JUNE 30, 2022, THE END OF THE FY 2021-2022 FISCAL YEAR,
WILL CERTAIN SC LEGISLATORS AND THE SC GOVERNOR
BE DE FACTO ACCESSORIES BEFORE-THE-FACT TO MURDER
BECAUSE OF THE EXPENDITURE(S) OF EITHER “ABORTION” AND/OR “ABORTIONIST”
FUNDING AUTHORIZED IN THIS FISCAL YEAR’S SC STATE BUDGET H4100 ?
http://christiansforpersonhood.com/index.php/2021/07/02/by-june-30-2022-the-end-of-the-fy-2021-2022-fiscal-year-will-certain-sc-legislators-and-the-sc-governor-be-de-facto-accessories-before-the-fact-to-murder-because-of-either-abortion-and-or-abo/