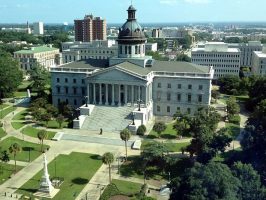 Already passed by SC House on March 12/13 with PLANNED PARENTHOOD funding included, SC State Budget for FY 2019-2020
(H.4000) was reported out of Senate Finance Comm to full Senate on April 10 by Chairman, Senator Hugh Leatherman, with PLANNED PARENTHOOD funding STILL present in Section 33 (DHHS) of Senate Finance Comm Report, because of ineffective Proviso 33.25, which does NOT ban Planned Parenthood funding now, but only “once the federal (court) injunction is lifted”.

There are nominally 27 Republicans in SC Senate to 19 Democrats. Their contact info is at scstatehouse.gov – click on “The Senate”, then on “Members”.

If your SC Senator is Republican, or one of these three Democrats: Jackson, Reese, Williams, please call and email them requesting they:

2) Not vote for Section 33, nor for the final total Budget, if Proviso 33.25 remains as is, with PLANNED PARENTHOOD FUNDING.