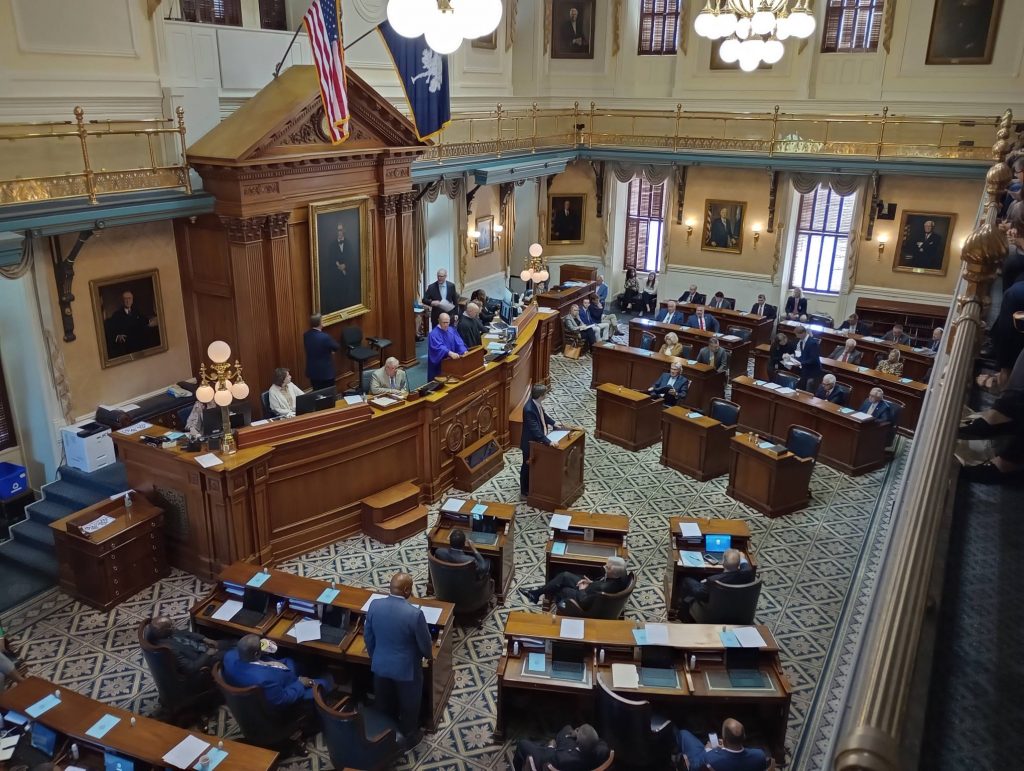 Notes:
1) Chip Campsen (R-CHARLESTON) was on Leave and so did not cast a vote.

2) Leave for Luke Rankin (R-HORRY) was granted about 2 1/2 hours after the beginning of the Senate Session; it is presently undetermined whether he was physically present or not for the 23 Y – 21 N vote to Table H5399. 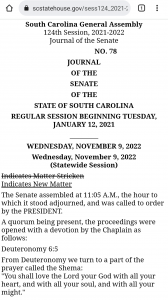 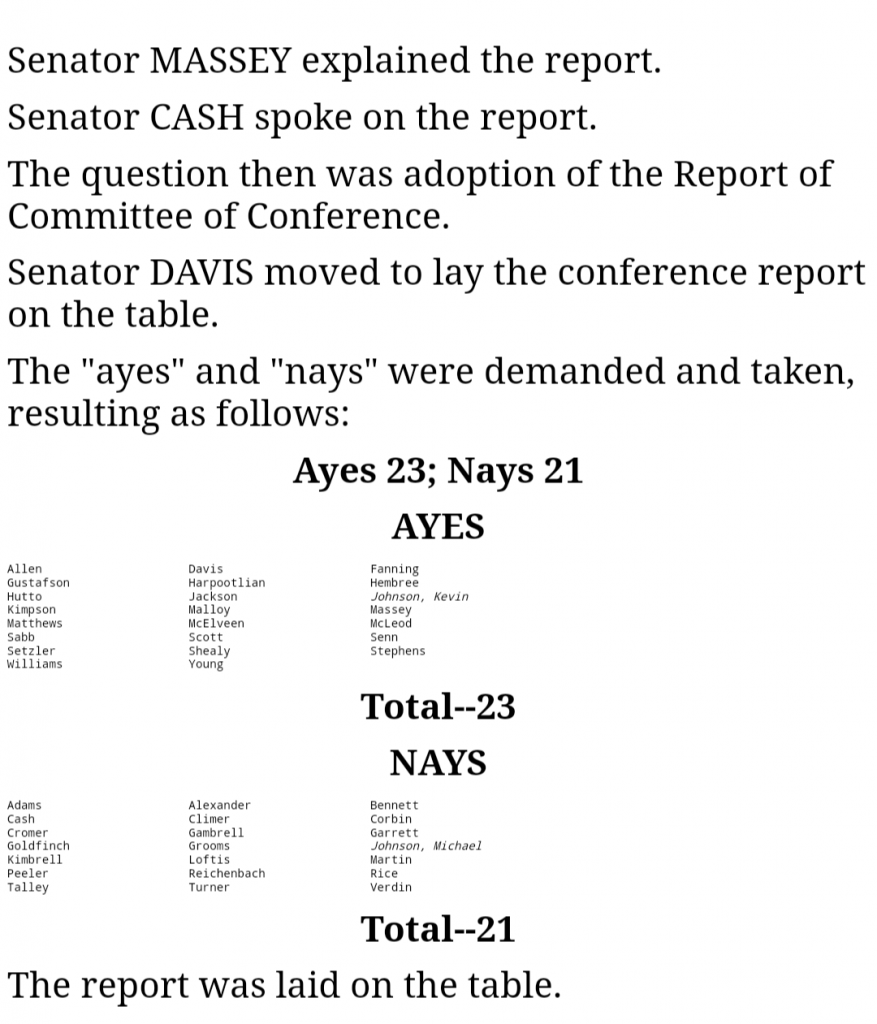 Neither the SC House nor the SC Senate versions of H5399 establish legal recognition of Personhood for preborn children at fertilization, and therefore neither version provides for equal protection of the laws, and therefore neither version establishes Justice. The just course of action for the SC House and SC Senate to take has been to pass the Personhood Act of SC (H5401 / S1335), not H5399. With only now three plus days left in the 2022 SC Legislative Session (until November 13) as of today, November 10 [ 139 Days after the overturn of Roe v Wade on June 24, 2022 ], Free Conference powers would have to be granted to the Conference Committee by a super-majority of each chamber to authorize striking the current language and amending H5399 with the language of Personhood Bills H5401 / S1335. In lieu of further action upon H5399 by the Conference Committee, or by the SC Senate, H5399 is dead for the 2022 SC Legislative Session, with no further likely legislative action to ban child-murder/sacrifice by “abortion” in South Carolina until January 2023 at the earliest.
_______________________________________________ 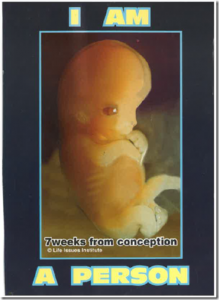 The SC GOP Platform is a PERSONHOOD Platform:

The Right to Life

The Personhood Act of SC H5401/S1335 recognizes the Creator God-given, inherent, unalienable right to life of every human being as a natural person beginning at fertilization, in SC law, with no exceptions, because God says, “Thou shalt not kill (murder).” Exodus 20:13, KJV. 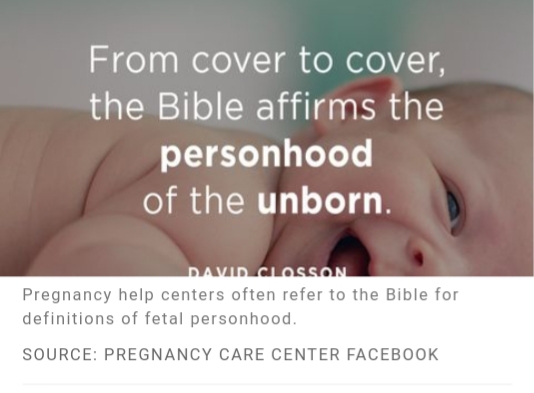